The members of the Management Council of Public-Private Partnerships (CGPPP) and Board of Directors of State Privatization Program (CDPED) met (in person and by video conference) last Tuesday (29), at Salão Bandeirantes to deliberate on various topics, including the ‘Concession São Paulo State Lottery Services’. BNL had access to Minutes of the Ordinary Joint Meeting of the Boards.

At the opening of the meeting, the president of CGPPP, Rodrigo Garcia, put on the agenda the proposal submitted, on the Digital Partnership Platform – PDP, by Secretariat of Projects, Budget and Management/SPOG and by Secretariat of Finance and Planning, proposing the development for technical , economic-financial and legal feasibility studies to the concession São Paulo State Lottery Services.

Arthur Abdallah Mundim, Technical Adviser of Subsecretariat of Partnerships, responsible for presentation on ‘Concession São Paulo State Lottery Services’ introduced the subject, registering that Decree-Law No. 204/1967 understood exploration public lottery services was exclusive to the Union and did not allow the creation of state lotteries, except those that were already established.

However, a paradigmatic decision of the Supreme Court in 2020 observed that the marketing of lotteries bear public SERVICE nature, the private attribution of Federal Government to legislate on lotteries does not preclude the material competence of States to explore lotteries and that the state legislations instituting and enabling State Lotteries are legal, provided they are within the federal beacons, thus allowing States to regulate and operate lottery services.

Arthur Abdallah Mundim explained that it is not for States to create lottery modalities, other than those contemplated and standardized in federal legislation (Law No. 13.756/2018), enabling design of differentiated products that are suitable for existing formats, which are: Numerical Prognoses: prediction of the drawn numbers (ex. “Mega-Sena”), Federal Lottery (passive species): ticket already numbered with result defined by draw, Specific Prognosis: indication numbers from a set of prognostics on the whole numbers and of a football club; Sports Prognostic: suggestion a set of prognostic about the result one or more soccer matches; Instant Lottery: immediately shows whether or not the player has been awarded any prize (ex. “scratchcard”); and Fixed-Odds Betting: betting system related to real sports-themed events, defining at the time of betting how much the bettor can win if he hits prognostic.

The Technical Advisor of Secretariat for Partnerships approached the main preliminary assumptions analyzed, proposing the delegation, to the private initiative, provision of lottery services in the São Paulo State , contemplating the creation of lottery products, in the modalities that would indicate greater potential for exploration, such as “numerical prognoses”, “instant lottery”, and “fixed-odds betting”; the distribution and sale of products, prioritizing lottery products through a digital system, which allows for a lower initial investment; and execution of advertising campaigns.

Proposal under the Secretariat for Partnerships considered, preliminarily, a contractual term of 15 years, with the main investments, if the focus is on digital medium, the development system and platform for creation and commercialization of products.

The “attention points” mapped, which would consist processes of regulation, by the Federal Government, of modalities of instant lottery and fixed-odds bets were also considered.

At the end, the agency suggested proposal to use Public Calling procedure, according to Decree No. 61.371/2015, which establishes rules about receipt of studies from the private sector, with the purpose to subsidize the public administration in the most advantageous alternative delegation model and project structuring, along the lines of State Privatization Program/PED and Public-Private Partnership Program/PPP, and presented a propositivo schedule for the next steps enterprise.

After the presentation and clarification of doubts, the president of CGPPP, Vice-Governor of State and Government Secretary, Rodrigo Garcia considered the public interest of the Government of the State of São Paulo in the project, whose collection would be totally reversed in favor of the state’s social programs, and placed the matter for consideration by the Councilors, who unanimously decided to accept the preliminary premises of modeling, including the project for delegation of state lottery services in the State Partnership Program.

The creation Working Group responsible for preparing the Public Calling Announcement was authorized, with a view to receiving the studies authorized of private sector companies interested in developing them and other related activities. 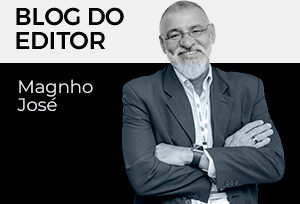 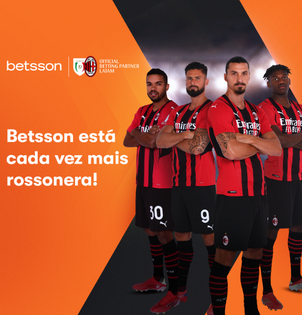