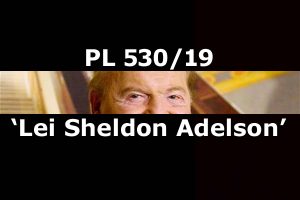 During the relaunch of Parliamentary Front for the approval of the Regulatory Framework of Gaming, Brazil Legal Gaming Institute (IJL) president’s commented the best for Brazil was legalization all modalities, as it would generate robust tax collection, thousands of jobs, beside reduce the operation of unregulated gaming. He also warned that the integrated casino-resorts model could have a negative impact on the hotel trade where these ventures were installed because of the subsidized value the daily.

President of Parliamentary Front in Defense of Tourism – FrenTur, Deputy Herculano Passos (PSD-SP) contested and affirmed he was convinced that the integrated casino-resorts model was the best for Brazil and cited Singapore as example. “In Singapore, when the casinos were legalized, there was this same concern. Hoteliers argued that they would lose customers, that people would only stay at resorts with casinos. You know what happened? It was necessary to build hotels in order to meet the tourist growth that the city had “, exemplified the deputy.

Singapore’s 50 years ago according the parliamentarian – a South-East Asian city with a population of 5.6 million – was a poor island and today is one of the largest financial centers in the world. Along with the casinos – the first opened in 2010 – also came great conventions and events, generating an annual flow of 18 million visitors per year. For Herculano, in Brazil there will be this same effect, when the integrated casino-resorts are legalized and large enterprises built. 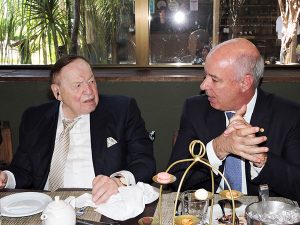 May 2017, Deputy Herculano Passos (PSD-SP), received in Brasilia, Sheldon Adelson, Vegas Sands Corp. CEO’s. Sands is controller ten casinos in the USA, Macau and Singapore. Herculano attended lunch with Adelson and executives Group’s and mediated meetings between them and presidents of the Republic, Michel Temer and of the Chamber of Deputies, Rodrigo Maia.

Let’s go to the facts about the Singapore model

The “Sheldon Adelson Law” lobby class usually use as an example for Brazil the operation Singapore’s integrated casino-resorts, with highlights to Marina Bay Sands owned by north american billionaire group.

Really, Marina Bay Sands Adelson casino is a spectacle, but Sheldon Adelson himself and his defenders omit important information from Brazilians.

“If ‘Singapore model’ were reproduced in Brazil, casino would go bankrupt in months and maybe even the Sands Group will not invest in the country if it is the model adopted,” said Marcus Fortunato, a Brazilian businessman settled in Las Vegas and specialist equipment for North American casinos.

Marina Bay Sands is a hotel and one main casinos in Singapore, operated by Las Vegas Sands. There are three 58 floors towers with 2,600 rooms. The casino has 800 tables for 13 game modes and 2,500 slots machines.

Resorts World Sentosa is an integrated resort on the island of Sentosa, south coast of Singapore where $ 4.32 billion has been invested. There are six hotels with 1,850 rooms, being Festive Hotel, Hard Rock Hotel Singapore, Crockfords Tower, Hotel Michael, Equarius and SPA and Villas. The main attractions include one of two casinos, a Universal Studios theme park, Adventure Cove Water Park and S.E.A. Aquarium, which includes the second largest oceanarium in the world. The casino has about 500 tables and 1,300 slot’machine.

Entrance fees in casinos for singapurians
Singapore has different rules for citizens and foreigners. The casinos were originally built for tourists only and Singaporeans are expected to pay $ 100 Singapore dollars ($ 73) a day or an annual SG$ 2,000 ($ 1,478.50) accreditation fee to enter in casinos. In addition, the government may restrict the entry of someone who considers it financially unable to bet. If not avoided, at least it softens local population to attend, to become addicted and to generate all the social problems related to the activity.
The problem is the rates introduced to curb the singapurians from playing, especially the low income population, did not work out, and currently 43% of the players are local. But what has happened in some cases is that the local people who go to the casino have bet even more in an attempt to recover the money spent to enter.

Other modalities in operation 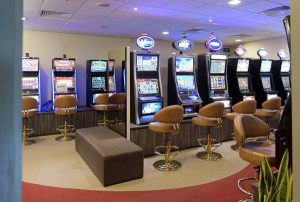 In Singapore there are more than 182 slots clubs with 5,000 slot machines for a local population of 5.6 million, of whom 1.6 million are non-residents and can not attend clubs. If we apply the ‘Singapore Model’ in Brazil, the market would be 260,000 machines outside the casino-resorts.

In addition, there is informally online betting on bingos, sports betting and poker. It is estimated that informal market generates US$ 11.7 billion per year. Including playing poker is a custom and tradition in funeral and burials.

The discipline of Singapore’s population isn’t that of Brazil
In addition to keep four official languages: English, Malay, Chinese (Mandarin) and Tamil, a rich and emblematic culture, respect for the laws is one of the great virtues the people of Singapore, as well as their security, organization, cleanliness and charm.

For talking about respect the rules, finding information boards prohibiting drink alcohol, chew gum, not flush toilets and eat their typical “durian” fruit – all in public – can be a determining factor in getting a fine or even even being arrested.
The ‘Singapore Model of Casinos’ would only work in Brazil if the ‘Singapore Life Model’ was fully implemented in the country. Thus, besides the casinos we would also have to live with some rules that, certainly, would not work in Brazil. 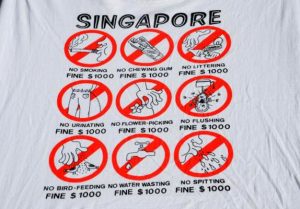 Brazilian businessman Marcus Fortunato, who helped us in data research from this report, suggested Brazil should implement the Singapore model, but not just casinos, but the complete model of that country.

“We should not be the religious who only practices 4 of the 10 commandments,” he commented. 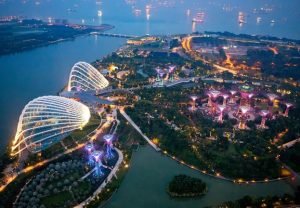 Singapore is the fourth richest country in the world

This location led the city to be on a key trade route between giants like China, India and Southeast Asia. Singapore receives important flow from an Asia-Pacific that does not stop to enrich.
Beyond its location, Singapore has several advantages compared to other countries, experts say. Among them, a population able to speak Chinese and English, solid institutions that work and absence of corruption.

Singapore is gateway to Asia
One of the main fallacies propagated by representatives of Las Vegas Sands Group and its parliamentarians is that Singapore hotel occupancy is high due to Marina Bay Sands. 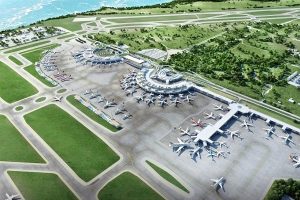 Opened in 2010, the grand opening Marina Bay Sands was held only on February 17, 2011.
In fact, the country is widely used as an air hub to explore not only Southeast Asia but also other destinations in the East, such as Japan and China, on behalf of its award-winning airline Singapore Airlines, considered one the best in the world.
In fact, Changi Airport in Singapore is considered the best in the world and one the most important in Asia. There are over 100 airlines operating flights at the airport, connecting 300 cities in 80 countries. By day there are more than 6,600 flights taking off and landing at the airport.

In order to prove that Deputy Herculano Passos is wrong and the risks to thhotel trade if the ‘Sheldon Adelson Law’ is approved, we have compared the tariffs the daily rates practiced at Barra da Tijuca hotels from Sunday, May 26 to Friday, May 31, which represented 5 nights for two adult guests in 4 and 5 star hotels.

After all the information about Singapore and its casinos, only an innocent to believe that Marina Bay Sands was responsible for the success of the country and increase of Singapore tourism.

We asked…
Do proponents of the ‘Singapore Model’ or ‘Sheldon Adelson Law’ aware of the impacts that legalization of integrated casino resorts represents to the hotel trade? Is this model good for the country or for the groups that defend? 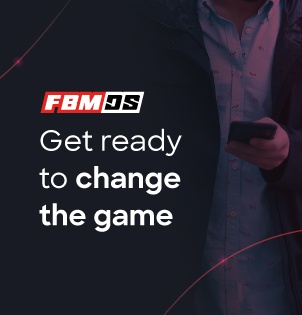