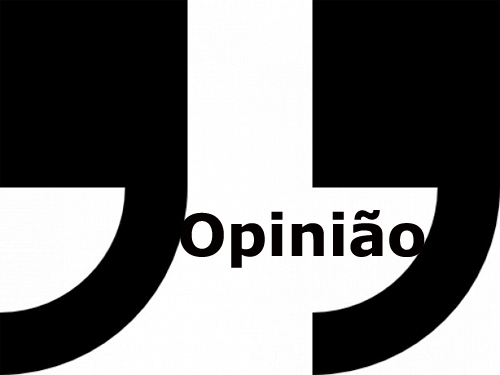 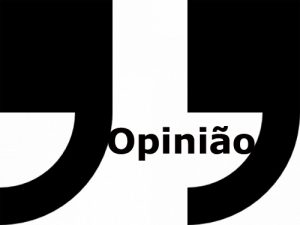 The report “Casinos will double the number of international tourists in Brazil” published by the portal Mercado & Eventos confirms that the President of the Chamber, Deputy Rodrigo Maia (DEM-RJ) will try to vote after the elections, the Tourism Project reported by Paulo Azi (DEM-BA) with amendment legalizing only the integrated casino-resorts (RI) or the ‘Sheldon Adelson Law’.
The statement by the President of the Chamber: “One thing is to approve the games that have direct relationship with tourism, another is facilitate games that make this strategy of bringing more casinos and investments to the country unfeasible,” proves the preference of the DEM parliamentarian for casinos- integrated resorts, to the detriment of other modalities.
The strategy to legalize only IRs is in progress. In February of this year, the vice president of government relations for the Las Vegas Sands Corporation, Andy Abboud was in Brasilia accompanied by a group of Brazilians formed by Fabio Lowenthal (Lowenthal Advogados), Henry Lowenthal (GR8 Capital Consultoria Empresarial), Camila Barbosa (Government Affairs Manager do Prospectiva Consulting) and Samuel Pessoa (economist and professor at Fundação Getúlio Vargas – FGV). At the opportunity, a study was presented to the representatives of the Ministry of Finance and the president of the Chamber of Deputies, arguing that the best model for Brazil is the exclusive legalization of integrated casino-resorts and that legalization of other modalities may disrupt the investments of major corporations.
The speech of deputy Rodrigo Maia, held this Wednesday (12) at the 40-year party of the Clube do Feijão in Rio Othon Palace, corroborates with the strategy of creating an environment to vote only the casinos. In addition the president of the Chamber, were presents federal deputies Otávio Leite, Julio Lopes and Rodrigo Maia, candidates for governor and senator for Rio, Eduardo Paes and César Maia, the Secretary of Tourism of RJ, Nilo Sérgio Félix, the president of ABIH -RJ, Alfredo Lopes, Abav-RJ President, Cristina Fritsch, Rio Othon General Manager, George Durante, the great host of the party and Fenactur President Michel Tuma Ness, founder of the Clube do Feijão Amigo.

1st attempt through the substitute of deputy Paulo Azi
In the initial proposal, Deputy Paulo Azi (DEM-BA) even included the legalization of integrated casino-resorts to benefit the Las Vegas Sands Group, but due to the strong contrary reaction, the initiative was removed from the text.
In March of this year, there was the first attempt to legalize the casinos resorts through of including by rapporteur deputy Paulo Azi (DEM-BA) in the substitutive to article 2724/15 (7425/2017 and PL 7413/2017 appended), of article legalizing only this modality. Due to the strong reaction of Deputies Cesar Halum (PRB-TO), Nelson Marquezelli (PTB-SP) and Bacelar (PODE-BA) of the Parliamentary Front for aAproval of the Games Regulatory Framework in Brazil, DEM parliamentarians were not successful in approving of the proposal.
Due the repercussion, the rapporteur removed the chapter about casinos-resorts from the text and the President of Chamber, Rodrigo Maia (DEM-RJ), promised that the legalization of the games would be voted through a specific proposal on the theme.

2nd attempt amendment Andrés Sanches
In a new attempt to legalize the integrated casino-resorts, deputy Andrés Sanchez (PT-SP) presented an amendment to PL 2.724 / 15 authorizing the exploitation of games of fortune in bingos, online games and casinos established in integrated resorts, pursuant Regulation. The proposal also authorizes the operation of bingos in football stadiums with a capacity of more than 15.000 peoples.
The inclusion of bingos and online games in the amendment of deputy Andrés Sanchez was a positive sign for parliamentarians and businessmen who defend these modalities, but nothing prevents bingos and online games from being suppressed through an amendment of the Plenary during the voting of the Tourism Project scheduled for after the election (November), leaving only the casino-resorts integrated to meet the wishes of the Las Vegas Sands Group.

In short:
– The best for Brazil is the approval of the Regulatory Framework of the Games with the legalization of all modalities unregulated games. Several markets that have experienced long periods of clandestinity have successfully opted for this proposal. This is the proposal defended by the Instituto Brasileiro Jogo Legal – IJL.
– Any study submitted by economist or institution defending only the legalization of the integrated casino-resorts is fraud, since there is no proof in this regard. Hundreds of countries with legalization of all modalities prove that this statement is false.
– Bad for Brazil and for the big corporations that wish to invest in the gaming industry in Brazil will be to legalize only the integrated casino-resorts and leave all other modalities operating in the unregulated and uncontrolled market.
– Defenders of the legalization of bingos and online games should not be deceived by the possibility of approving these modalities together with the IRs. These are just two of the ways big corporations do not want to be legalized.
The construction and implementation of an integrated casino-resort in Brazil will take at least four years. In this period the operation of bingos with machines will be mature and consolidated.
In addition, it is public and notorious that casino tycoon and chairman of the Las Vegas Sands Group, Sheldon Adelson, has always opposed the legalization of online gambling.
As one of the Coluna’s friends says: “Or the Brazilians are mobilizing or will clear up the integrated casino-resorts of millionaire Sheldon Adelson.”
– Hotel entrepreneurs, who already face a strong occupation crisis, are also deluded with the possibility of boosting their business with the legalization and installation with 2.000-room integrated casino-resorts. Remembering that the value of accommodation in the IRs is inferior to those practiced by the market since it ends up being subsidized by the collection of the games.

I comment
Only a strong mobilization of the sector could avoid the opportunism of the big corporations of casinos, especially the LVS, in legalizing only one modality of games.